The title says it all.

I’ve written about FoundersCard a lot over the years. Some peeps think it’s phooey, others love it. I’m in the latter camp.

The one benefit I’m consistently asked about is Total Rewards Diamond elite status.

END_OF_DOCUMENT_TOKEN_TO_BE_REPLACED

At the risk of turning Out and Out into the official FoundersCard blog, I wanted to share their new American Airlines benefit. It changes quarterly, and some of them have been really good (they’ve had 5% off domestic fares before, and just had a free Platinum Status Challenge this past quarter). 10% off transatlantic fares is a new benny!

They’ve never had 10% off fares to the UK and Europe before, so this could be useful to some.

A few T&Cs to keep in mind:

You can use the benefit as many times as you want. You can request the 5% off code directly through the website (they’ll email it to you instantly), but you must call to get the 10% off code.

FoundersCard has a few key relationships I really value (this one with American Airlines, free Gold elite status at Hilton, 15% off AT&T cell phone bills, free TripIt Pro for a year, and a few other goodies).

It’s $395 a year, which I mostly recoup from getting 15% off my AT&T bill. Everything else, like free breakfast and late check-out at Hilton hotels, free TripIt Pro, and discounts like this one, are gravy.

If you have a few trips with American Airlines coming up, especially to Europe, 10% off could easily add up to cover the cost of the annual fee. And then you’d have all the other perks left to enjoy, so it might be worth it for a few peeps.

I was looking forward to seeing what the new American Airlines benefit would be, and this one is the best yet.

Check out my posts about if FoundersCard is worth it, some of the overall perks, and specifically the ones about travel.

I’ve written lots about FoundersCard (including the eternal question: is it worth it?).

I love this little card

END_OF_DOCUMENT_TOKEN_TO_BE_REPLACED

So you guys know I’m been working toward FIRE (financial independence, retire early) lately. And part of that means ruthlessly cutting out extraneous spend.

So far, I’ve gotten rid of my gym membership, canceled credit cards that no longer serve me, and have cut back on my eating out (more trips to Costco!).

FoundersCard is $395 a year, which is a little “ouch.” I’m nearly due to the pay the annual membership dues again to keep the card for another year and I looked at it with an eye to cut it.

But, I’m going to keep it for another year.

END_OF_DOCUMENT_TOKEN_TO_BE_REPLACED

Thanks to FoundersCard, I just enrolled in another American Airlines status challenge. About a month ago, I resigned myself to the fact that I would have no airline status of any kind when the clock struck midnight on February 28th, 2015 – and that was fine.

I’ve given up on Delta, though still find an opportunity to fly their metal from time to time.

But unequivocally, American Airlines has the best thing going of all the legacy carriers with their AAdvantage program.

If I lose Platinum status, my rate of earning goes back to 1 mile earned per 1 mile flown – generous these days – but as a Platinum, I’ve been earning a 100% bonus each time (for economy, more miles earned and higher bonus for premium cabins).

I simply like that earning rate and want to keep it – especially if it’s free to get the status. I also only have to earn 10,000 EQPs instead of the usual 50,000 EQMs -or- EQPs. If it’s going to be this (relatively) easy, I’m gonna go for it.

Well, not completely free because now I have to earn 10,000 EQPs on paid fares. But it beats the pants off American’s “Step up your elite status” promo they have going on right now.

What American would charge to keep Platinum Status

You bet your tooshie I’ll be watching The Flight Deal like a hawk for the next month or so. I want a fare that earns 1 EQP per mile flown, but American is notorious (to me at least) for booking economy into N, O, or S (sometimes Q, hardly ever see G) fare buckets. But where there’s a will, there’s a way, they say. 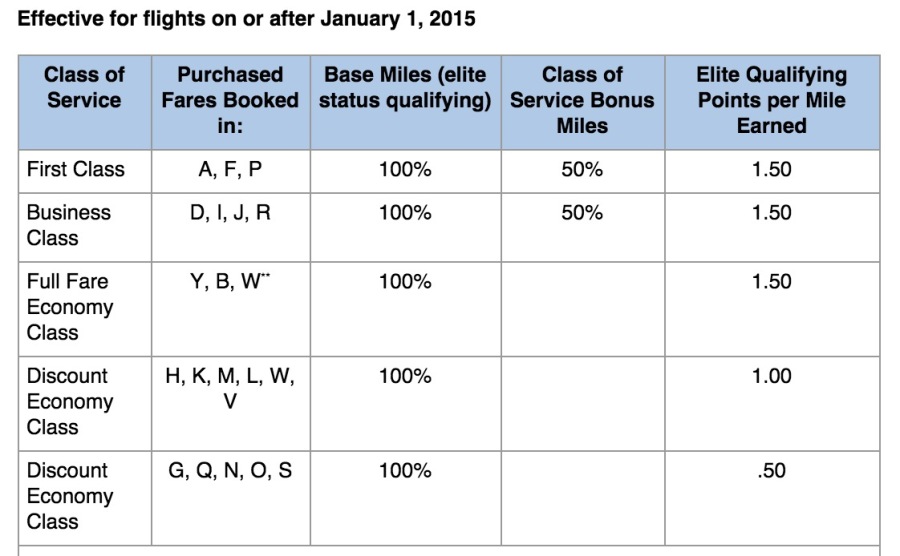 This will also be a nice jumping off point into Executive Platinum, which I’ve never attained. I’m of the mindset of “if it happens, it happens.” Most of my flying last year was on mistake/ultra-low fares or award redemptions, so we’ll see what shakes out in 2015.

FoundersCard is offering free Platinum Status Challenges to their members, which would otherwise be $200. Here’s a link to the Flyer Guide Wiki about AA Challenges.

I’ve also written extensively about FoundersCard in the past, which I personally find to be a great complement to my travel goals.

Is anyone else doing a Status Challenge this year, on American or another airline? Is having “status” even more it any more? I’ve written about FoundersCard extensively in the past. They are one of my favorite auxiliary programs for travel, business, and lifestyle benefits.

And, they’re always switching things up each quarter. The one I watch like a freaking hawk is the American Airlines perk. And this quarter, they’ve really stepped it up.

END_OF_DOCUMENT_TOKEN_TO_BE_REPLACED

2014 was a big year for this little blog. I experimented a lot, and threw a lot up on the wall just to see what would stick. The readership from 2013 to 2014 quadrupled (!) and more readers started interacting via email and social media – which was awesome.

The posts that made the Top 10 were the ones that mined some little data point, were compilations of research, or simply anecdotes about an experience. A couple of them were written in 2013, but widely read in 2014. I find the data fascinating. The more I learn about what sticks with readers, the more I realize I can’t calculate what will be a “good post”  – a fact which drives me to keep evolving.

With that spirit, cheers to a new year of life and travel. I hope to keep growing the blog and writing more. Thank you for reading!

END_OF_DOCUMENT_TOKEN_TO_BE_REPLACED

I recently got a thoughtful email from a reader with a few questions about FoundersCard benefits (HT: Kevin).

I’ve written before about the many benefits FoundersCard offers.

Let me get your advice…

1.  I am already BA Gold (Emerald) but could use a bit of VS Silver and CX Silver headstarts… and definitely could use the 10% off on US-originating BA flights to the UK (and the rest of Europe?).

2.  I’m already Avis Presidents’ Club so not sure about the Car Rental benefits.

3.  Especially keen on the hotel discounts, eg Park Hyatt Tokyo, SLS in Los Angeles.   Would you be able to share with me as a prospect what the rates are at these properties if you have the FoundersCard?

END_OF_DOCUMENT_TOKEN_TO_BE_REPLACED

Worth mentioning since I’ve posted about FoundersCard before.

When you join FoundersCard, you get to enjoy the initial rate you paid… forever. I joined when the rate was $495, and have gotten that much value out of the card despite only being a member coming up on a year. Here’s a chance to do even better than the deal I got in on.

You now can join FoundersCard for $395 a year, and you’d get to keep paying that rate every year you keep the card.

Here is the link to the promo and the promo code to use is FCHARLAN818.

If you’ve been deliberating about whether to join or not, this $100 off the usual lowest rate ($495) might be the thing that makes this deal a little bit better.

Also, if you’re an AA flyer, their current AA promo is 5% off most fares on American. You will receive a discount code that is good for unlimited use. If you heavily fly on American/OW and are trying to meet some sort of status before the end of 2014, you’d get to take advantage of the fare discount and start earning your $395 back right away.

That, combined with the multiple other discounts and freebies offered by the card, as well as the fantastic global networking events, makes this card a great investment for entrepreneurs in major cities.

AA’s last quarter promo was a free Gold status challenge, and bonus Business Extra points. They’ve featured 5% off fares before, and that seems to be a hit with most members of FoundersCard.

Read my full review to learn about the other discounts offered and to decide whether this membership might be worth buying.

If you have any questions, email me at zynner@gmail.com or feel free to post a comment below.

(To begin, if you are not at all into gambling, please skip this post!)

I’ve written about FoundersCard in the past, and, about six months in, am really enjoying the benefits of the card. Click this link to read my review of the card and to learn about some of the benefits. So far, I am loving it. The AT&T discount alone nearly pays for the card, and when you throw in all the perks it offers along the way, it makes this card a really nice companion to urban living. Next month, I will be attending my first networking event here in NYC sponsored by the card and will be sure to write about the experience.

Now, I’m not a gambler and don’t even live near a casino (unless you count Atlantic City), but I went ahead and made myself Diamond with Total Rewards just because of the “why not?” factor. A list of all their casino locations is included here. When I was in Las Vegas earlier this year, I got preferred treatment thanks to Hyatt’s relationship with MLife, and most of those benefits are duplicated with Total Rewards. The biggest ones are lounge access and priority treatment in just about every corner of the hotel and casino.

END_OF_DOCUMENT_TOKEN_TO_BE_REPLACED I’ve written before about the benefits of FoundersCard.

They partner with American Airlines to offer a unique benefit each quarter. In the past, they’ve had discounts of 5% or 10% off most fares on AA metal, which can be quite a nice break with you fly American a lot.

Here are the current airline benefits:

END_OF_DOCUMENT_TOKEN_TO_BE_REPLACED I joined FoundersCard earlier this year from a referral I received after flying in Pearl Class on Etihad. I mostly signed up to be able to review the benefits and see if they’re really worth it. So far, so good. I’m on target to more than recoup the annual fee.

The membership offers numerous discounts on a LOT of different services that are useful for business, lifestyle, or travel. There are one or two that I really zeroed in on, and I think the card could offer a lot of value both with monetary discounts and with opportunities.